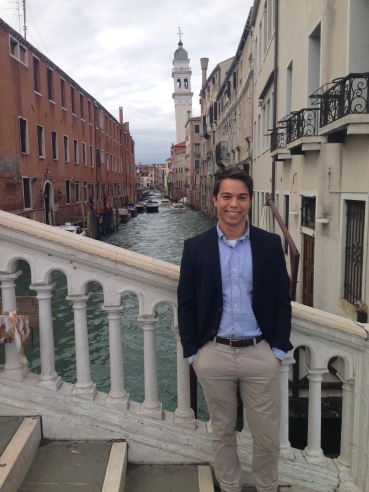 I am Perry-Williams Postdoctoral Fellow in Political Science at the College of Wooster, a position facilitated by the Consortium for Faculty Diversity. I received my Ph.D. in political theory from the University of Notre Dame (2019) and my B.A. from the Honors College at the University of Houston (2014). I work primarily on late modern and contemporary political thought, continental philosophy, and critical theory.

My current book manuscript begins with the insight that we unavoidably internalize and perpetuate ideas and beliefs that harm us. I look to Rousseau, Nietzsche, the Frankfurt School, and Foucault in order to examine how politics either exacerbates or emancipates us from this condition. A foundational link between subjectivity and the emancipatory capacity of politics emerges, but in order to analyze it we must be attentive to both the way the political constrains and shapes the subject as well as the way that our political visions are projections of our own self-(mis)understanding. In other words, rather than looking simply to a genealogy of the subject or solely at the history of the political, this book critically examines the continually transforming co-constitutive relationship between the subject and the political.

My next book project studies how justifications for punishment throughout history transform in relation to changing conceptions of the subject. I look to prominent justifications for punishment in political thought from Plato, who argued for punishment as a way to ‘cure’ the soul, to Hegel, who argued that punishment was necessary to reestablish the rationality of the state for the sake of those in it, to Nietzsche, who contended that punishment played a crucial role in our becoming guilt-ridden subjects, and to Foucault, who argued that punishment socializes citizens through the creation and manipulation of the ‘soul.’ Such a project is warranted presently because contemporary abolitionist alternatives to prison are continually plagued by widespread and persistent Enlightenment beliefs about subjectivity, rationality, and culpability. This book-length project will argue, then, that central to the persisting tension between prison abolition movements and calls for more punitive punishment is a deep and intractable disagreement about the nature of subjectivity.

Shorter current and future projects include papers on Rousseau’s institutional practice of freedom, Marcuse’s conception of repressive desublimation in the context of neoliberalism, the centrality of punishment to subjectivity in Nietzsche and Foucault, and revolutionary subjectivity in Fanon.

My original research has appeared or is forthcoming in the scholarly journals Constellations, International Relations, and Philosophy & Literature. I have also written book reviews for Review of Politics and Thesis Eleven.